How Does it Work?

The big machines are cool, but how do they work?

You may look at water and wonder how it is one of the strongest forces in the world. You drink it. You swim in it, and it moves around you. And if you stomp hard in a rain puddle, you can displace nearly all of it. But in those scenarios, water has infinite space (except for drinking).

But put water in a container that doesn’t give it room to move, and the story changes significantly.

You can no longer change its shape easily. If you were to take a sledgehammer and crush the container, you aren’t even damaging the water, you are damaging the container that holds it. The water will just flow freely now to wherever it wants (or the lowest point it can).

While water isn’t always used in hydraulics because it can overheat faster than synthetics, the point still stands. All those terms you hear on motor oil commercials are the same principles. It needs to coat the parts moving inside of one another, not overheat, and the reservoir needs to be filled with enough liquid, but not too much.

We think explainthatstuff.com offers the best explanation of how hydraulics work in layman’s terms because they used a water gun to explain the hydraulics process. (The site also had great visual representations to help explain the process if words don’t do it for you).

“You've probably noticed that it takes some effort to press the trigger of a water pistol. When you press the trigger, you're having to work quite hard to force the water out through a narrow nozzle. You're actually putting pressure on the water — and that's why it squirts out at a much higher speed than you move the trigger. If water were compressible, water pistols wouldn't work properly. You'd squeeze the trigger and the water inside would simply squash up into a smaller space — it wouldn't shoot out of the nozzle as you'd expect.

“If water pistols can change force and speed, that means they work just like tools and machines. In fact, the science of water pistols powers some of the world's biggest machines — cranes, tipper trucks and diggers.”

So really, while hydraulics seems like very complicated machinery, it is as simple as using a water gun. But a lot more dangerous. 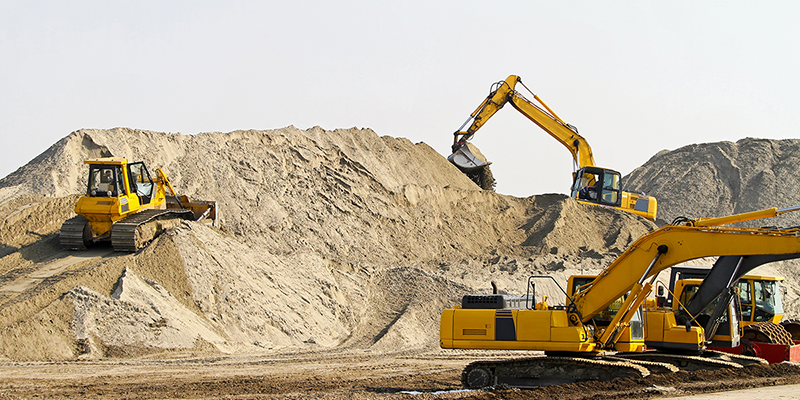 Larger machines, like cranes, use liquid from both ends to push and pull, instead of a trigger.

When the arm of a digger wants to extend, fluid pumps into one side forcing the hydraulic ram out (think of using your thumb to move a push pop out of its cardboard container, or the plunger on a hypodermic needle pushing forward so the liquid comes out of the needle) while on the other end, liquid is being forced out through the hose.

This, of course, is a simplification of the process, but gives a good understanding of how hydraulics work.

If you’d like to learn more about how you can make hydraulics work for you, let us help you